fireworksordie
April 2016 edited May 2016 in JoCo Music
NOTE: The audio files in the original download were mistakenly downsampled from 44.1kHz (standard CD quality) to 22.05kHz (half of that!) in the conversion process. The files have now been fixed and re-uploaded. Please re-download the new files - you should notice a difference.
Jonathan Coulton, Paul and Storm, & Molly Lewis
The Triple Door in Seattle, WA
April 8, 2016
Soundboard+Audience> Zoom H4n Handy Recorder> Audacity> dBpoweramp
Paul and Storm & Molly Lewis, Show 1 at 7pm: 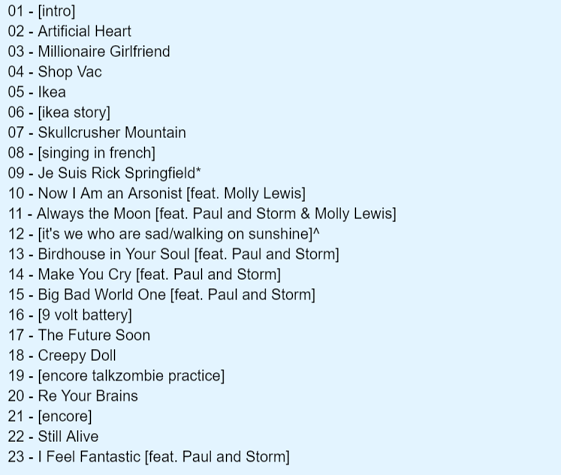 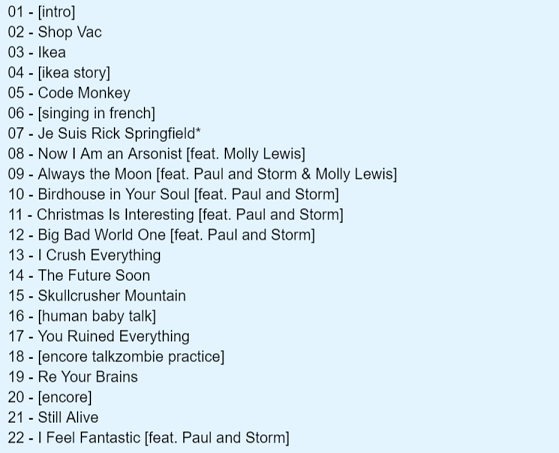